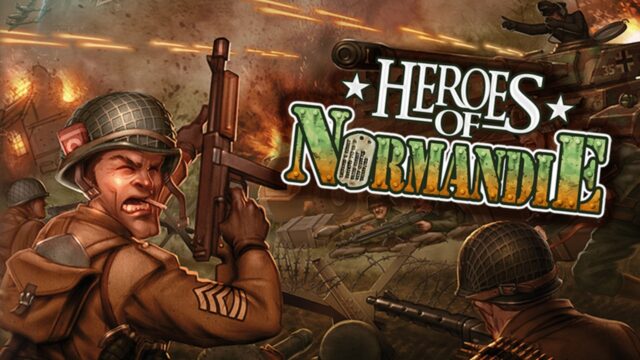 A miniatures game without miniatures, Heroes of Normandie is a fast-paced WW2 strategy wargame. A tactical scale board-game, players use order tokens to determine initiative and to bluff. While a single six-sided die determines combat, action cards are played to spice things up. Secretly plan your attacks and outwit your opponent. Block the opposing strategy and surprise the enemies. Deploy your units and don’t turn back!

The guys have been starting regular sessions of HoN including Heroes of Stalingrad (HoS for short) to include the Russian forces into the conflict. As we dive deeper into the game, we opened up more expansion units which gave us more force options and unlocked new icons to read up on. Lucklily we already had the conpendium which compiled all the rules and icons explanations from all the core sets and expansions released.

Unlike most Wargames system which normally has a Core Rule Book which explains the basic mechanic of the game PLUS an “army book” to describe all the units belonging to that army faction (in which you will need to constantly flip into to confirm or to show your opponent), the Heroes System uses ICONs on the unit tile to display all abilities and capabilities that unit has.

Suppressive fire allows you to double your combat bonus furing your firing action. This means you have a much higher chance to ‘hit’ your target. Your target will received a Suppression Marker ( -2 to rolls and movements) instead of getting flipped to the Damaged or Destroyed side. Being suppressed is a major hindrance to your opponents tactics. The reduced movement and firing for hits probability will be very annoying. Choose which targets to suprise wisely. Especially the ones which are poised to contest objective markers and or those likely to inflict damage to your vital units.

Another useful but rare ability within your commanders is the Barrage Orders. Activating this ability allow your command unit to activate 3 other SAME EXACT units who are within 3 squares of the commander to fire. This move requires some planning and coordination. When used correctly, you are effectively using 1 order for the carnage of 3 firing units.

Concealed Units.
At first glance, concealed units are just a way to get your infantry units to the front lines within getting shot or targeted. So the first instinct is to make a play for the objectives with them. Getting them close to the objective fast and gain the lead in points. But you will soon realize they will be sitting ducks with the lack of firepower. They have to get moving again and change to the concealed state to avoid being shot at. Your opponent will now know what kind of unit that is. If its not a threat (lack of firepower) or a unit of interest, he will simply ignore it.

One of the best ways to run concealed units is to have a few of them running around the table. With one of them being the prized anti-tank team. So the rest are the decoy recon units which you can use to gain foothold. Do not let the conceal units engage the enemy. Your opponent will have to keep on guessing what those units are while you sneak your anti-tank unit in for the kill shot.

Heroes of Normandie / Stalingrad is a very fast pace , highly swingy game where the outcome and winner is not apparent until the end of the game. Do not give up! It ain’t over until the fat lady sings. I’ve had a game where i was already leading 20 points to zero at turn 6 with 2 more rounds to go. Lost the objectives and a miscalculated Mortar bombardment swinged the game into a tie at the end of round 8!

We highly recommend this game for those who want to play Tabletop Wargames but lack the time and oppurtunity for the scale modelling hobby aspect of it!

Trekking the World: A Globetrotting Board Game