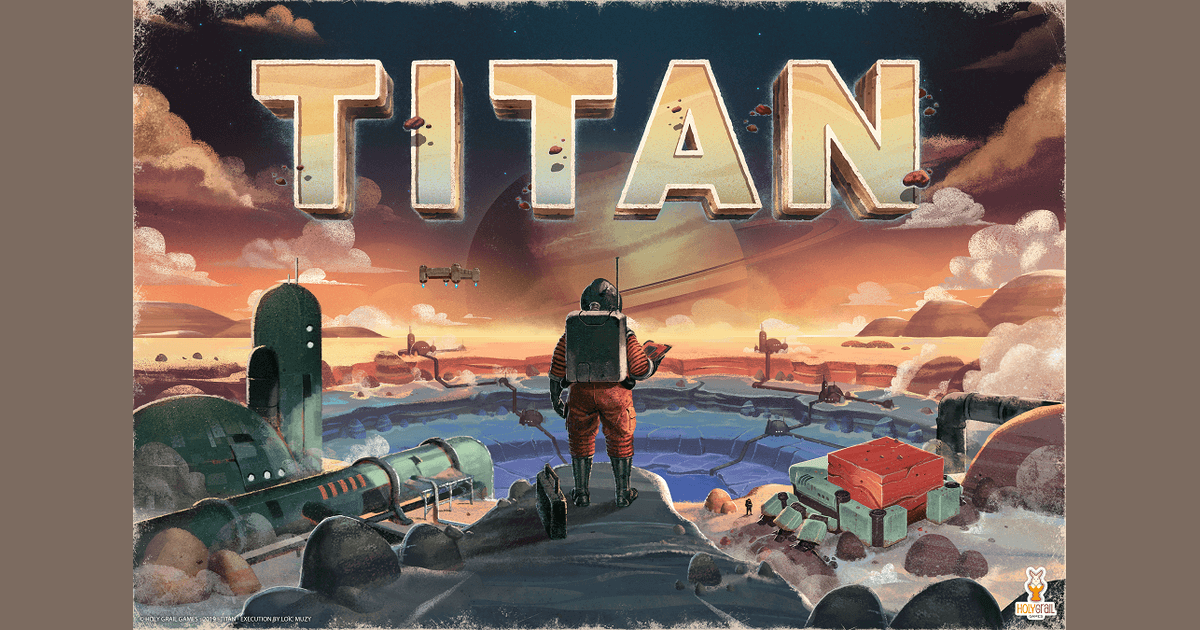 DRILL FOR YOUR FORTUNE!

Titan is a network construction game set in the distant future, in which you play as employees of Stardrill, an interstellar mining corporation. Stardrill has acquired the mining rights to Saturn’s largest moon – Titan – and is sending in a team to strip it of its resources.

Place Rigs and Pipework through the levels of Titan’s huge crater to set up your mining network, and fill the hold of your ship with as many units of resources as possible. During your mission, you’ll be able to activate your network, deploy teams of Drones, complete corporate objectives and send out planetary orders, all to earn as many Credits as you can!

As a Stardrill employee, the aim of the game is to earn as many Credits as possible by the end of the game’s 5 rounds! The main way to earn Credits is by mining resources from Titan’s crater, represented by the game’s 3D board.

To help its teams with their task, Stardrill has supplied a number of Rigs – extraction plants that will allow you to obtain different types of resources. As you’re all employees of Stardrill, once placed these Rigs can be accessed and used by any player!

The resources you obtain will have to be managed carefully, as you only have a limited amount of space in your hold! When full, no more resources can be added without jettisoning others first.

Some resources have value during the game and can be spent to free up space in your hold, while others can only score points at the end of the game – so you’ll need to keep an eye on the space you have, and time your activations carefully.

There are 6 resources available on Titan: Deuterium, Hydrocarbons, Silicium, Titanium, Water, and Tholin.

However, not all of these resources are desirable. Titan hosts large quantities of Tholin, an organic substance which could potentially cause you to lose Credits at the end of your mission. Picking some of it up is impossible to avoid as you dig deeper into the centre of Titan, but don’t let it get out of control – as well as losing you Credits, if you take Tholins into your hold when it is already full, some of your precious cargo will be contaminated!

Stardrill has also supplied you with a team of trusty Drones that will lend you a claw on your mission. As well as transporting valuable resources and moving Tholins away from your network, Drones can dock to Rigs, improving their performance. These handy machines can also destroy pipe sections, either in another players’ network, or even your own!

At the end of the game, you’ll score additional Credits depending on the contents of your hold! The more Deuterium you have, the more Credits you’ll gain.