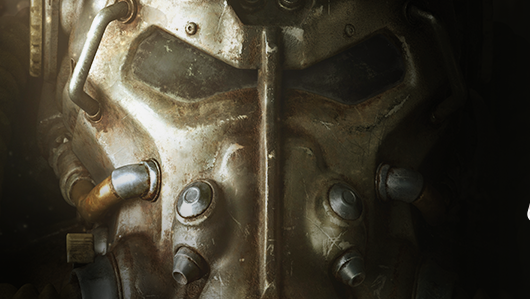 Fallout is a post-nuclear adventure board game for one to four players. Based on the hit video game series by Bethesda Softworks, each Fallout scenario is inspired by a familiar story from the franchise. Survivors begin the game on the edge of an unexplored landscape, uncertain of what awaits them in this unfamiliar world. With just one objective to guide them from the very beginning, each player must explore the hidden map, fight ferocious enemies, and build the skills of their survivor as they attempt to complete challenging quests and balance feuding factions within the game.

As they advance their survivors’ stories, players will come across new quests and individual targets, leading them to gain influence. Who comes out ahead will depend on how keenly and aggressively each player ventures through the game, however if a single faction is pushed to power too quickly, the wasteland will be taken for their own, and the survivors conquered along with it.

Throughout each Fallout game, players will develop deeply unique survivors with which to adventure. At the core of the survivor board is the S.P.E.C.I.A.L. skill system, breaking up the survivors’ abilities into seven main categories: Strength, Perception. Endurance, Charisma, Intelligence, Agility, and Luck. Each survivor will begin with two base abilities—one determined by their character type and another drawn at random. Depending on the quests pursued, enemies engaged, and encounters attempted, these skills may come in handy as the players progress throughout the game.

In order to gain new skill tokens, players must level up, allowing them to draw new skill tokens. The number of skills a player has collected will determine how quickly they are able to level up again, a function tracked beneath the S.P.E.C.I.A.L. tile slots. The peg, however, will only move to spots which fall under fulfilled skills, so the more skills a player has collected, the longer it will take them to advance to another one.

Additionally, if a player’s leveling up results in drawing a skill they have already obtained, they are given the opportunity to claim a perk in that area instead, having already trained the skill. Perks are powerful, one-time-use abilities, such as collecting a piece of revealed armor for free or moving to another location on the map without following normal movement rules. While the perks may only impact the survivor’s game once, used wisely, they can turn the tide of a game very quickly.

Also on the survivor board are three token slots, which may indicate positive or negative traits of a player. Some of these tokens can be acquired and changed while others will impact a player’s entire game. Each of these tokens may force certain events should the inflicted survivor attempt to complete a quest or encounter, though whether the result is positive or negative can vary.

Along the bottom of this board is the all-important health track, though with one important difference to many others—radiation. On the right side of this track represents HP, while the left tracks a survivor’s accumulated radiation (or rads). While HP in many games has to hit zero for a player to lose their life, in Fallout, survivors must keep a close eye on both HP and radiation. If the two pegs would ever occupy the same space or cross along the track, the survivor will die, respawning the following turn (a few possessions lighter) back at the starting space.

The survivor board is also surrounded by spaces for the player to keep their other accumulated items, such as armor, weapons, companions, and more. As each player collects, equips, and sells items, the identifying characteristics of their survivor will change, possibly having a significant impact on their play strategy going forward. Thus, while many elements of the game are shared from player to player, each survivor board is wholly unique, and will seldom, if ever, be exactly the same from game to game.

Though character creation is a significant piece of the Fallout experience, at the heart of the game are the quests and encounters that tell each scenario’s story. At the beginning of the game, the players will choose one scenario which determines the map layout, warring factions, and major questline of that game. Once the scenario begins, players will cycle through their encounter decks and quest objectives, populating them from the 159-item card library.

The main quest in each scenario is driven by the conflict between two warring factions. With each card progressing the main quest will come opportunities for survivors to make tough decisions, both moral and mechanical. One option may seem like the “right” choice, but the other quest marker may be easier to reach, or more appealing for the sake of personal gain (or chaos). Throughout the game, players will be given more concrete ways to side with each faction or to benefit from their advancement. Regardless of a player’s alliances or lack thereof, the factions are a constant presence and threaten to outpace the group of survivors at every turn.

In addition to the main quest, players will encounter a variety of side quests and encounters. The unique opportunities those cards present introduce a unique replayablity to the game. Though the major quest of each scenario remains the same, which path the players take will determine which cards they get to see in any given game. Multiple starting cards featuring the same text, but varied results, and also offer opportunities for players to make a choice they’ve made before, but ultimately facing a different outcome. Much like with your survivor board, between this breadth of cards, the modular game board, and unpredictable opponents, players will never to see the same game twice.

One beloved narrative element in the Fallout universe is the vaults, built by Vault-Tec in preparation for a nuclear war. Though heralded as a safe haven from the post-war radiation, many of these vaults were used to conduct nefarious societal experiments. In the board game, such vaults can be found around the map, offering players a chance to interact with these twisted communities.

When a vault is first discovered, players will create a new encounter deck, allowing any survivor who comes in contact with the vault to interact with whatever lies behind the vault door. Though the vaults are not always a core piece of a scenario’s narrative, each one provides a unique and limited player experience within the game. When a survivor decides to engage with a vault, they will have unique opportunities to become ingrained in the vault’s story, making difficult decisions and reaping the rewards or suffering the consequences of their choices.

As each survivor progress through the game, they will advance both their own skills and the two faction objectives, though the ultimate goal for all players is to collect a certain amount of influence. Influence cards are distributed, one to each player, at the beginning of the game, though more can be collected by completing certain quests and encounters. Each influence card grants one influence point inherently, but they also present specific conditions under which the player holding the card can gain even more points. These could include pledging loyalty to one of the two factions or reaching certain milestones, such as collecting a certain number of S.P.E.C.I.A.L. tokens or revealing a particular amount of map tiles.

The number of influence points required to win the game is dependent on how many players are participating, which means that if two players reach that number simultaneously, they can win the game together. At the same time, each faction’s power across the wasteland is tracked on the scenario card, and should they advance too far in their own goals, the game may end without a player win at all. Thus, players may be forced to work together, go their separate ways, or try to balance both teamwork and independence equally in order to get the outcome they desire. This presents a unique opportunity to experience the wasteland as more than just the Lone Wanderer, but one of a few ambitious adventurers.